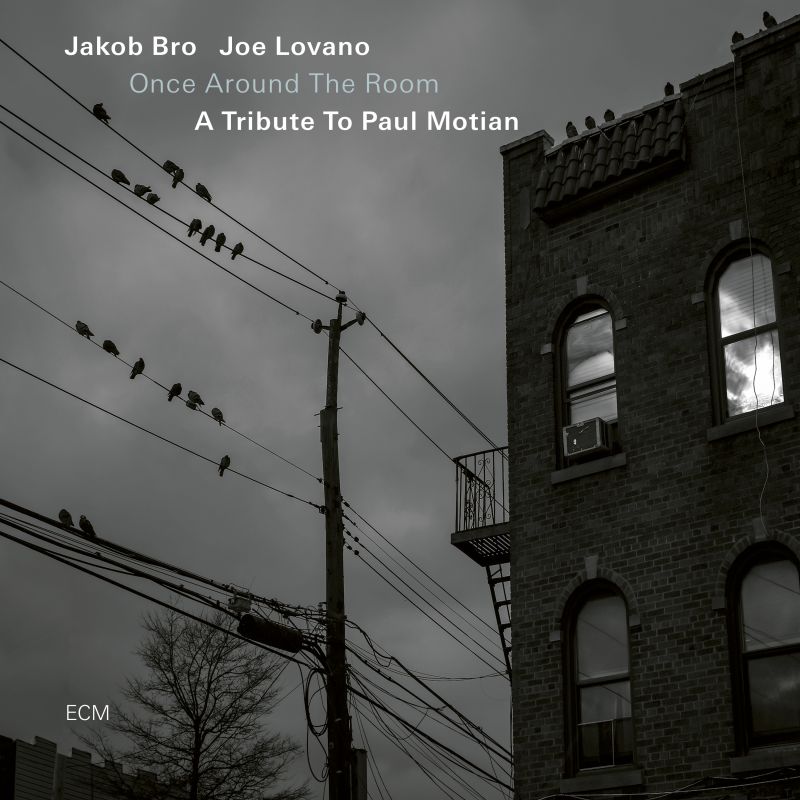 Recorded in November 2021 at The Village, Copenhagen.
Produced by Manfred Eicher.

On ‘Once Around The Room’ ECM recording artists and key jazz musicians from several generations unite in a small ensemble to celebrate the musical legacy of drum icon Paul Motian in a big way. Joe Lovano and Jakob Bro lead a party of seven through fiery originals that recall the idioms and idiosyncrasies which Motian brought to light over six influential decades behind the drums. Lovano and Motian had been intimate colleagues for many years with their most notable collaboration being the groundbreaking trio featuring Bill Frisell – the lineup released three albums on ECM. Jakob Bro on the other hand made his ECM debut on Paul’s album ‘Garden of Eden’ (2006). On ‘Once Around The Room’, compositions by Joe and Jakob appear alongside collective improvisation and Motian’s own “Drum Music”, seamlessly tied together and developed by an accomplished musical collective with stalwarts Larry Grenadier, Thomas Morgan and Anders Christensen respectively on bass as well as drummers Joey Baron and Jorge Rossy.